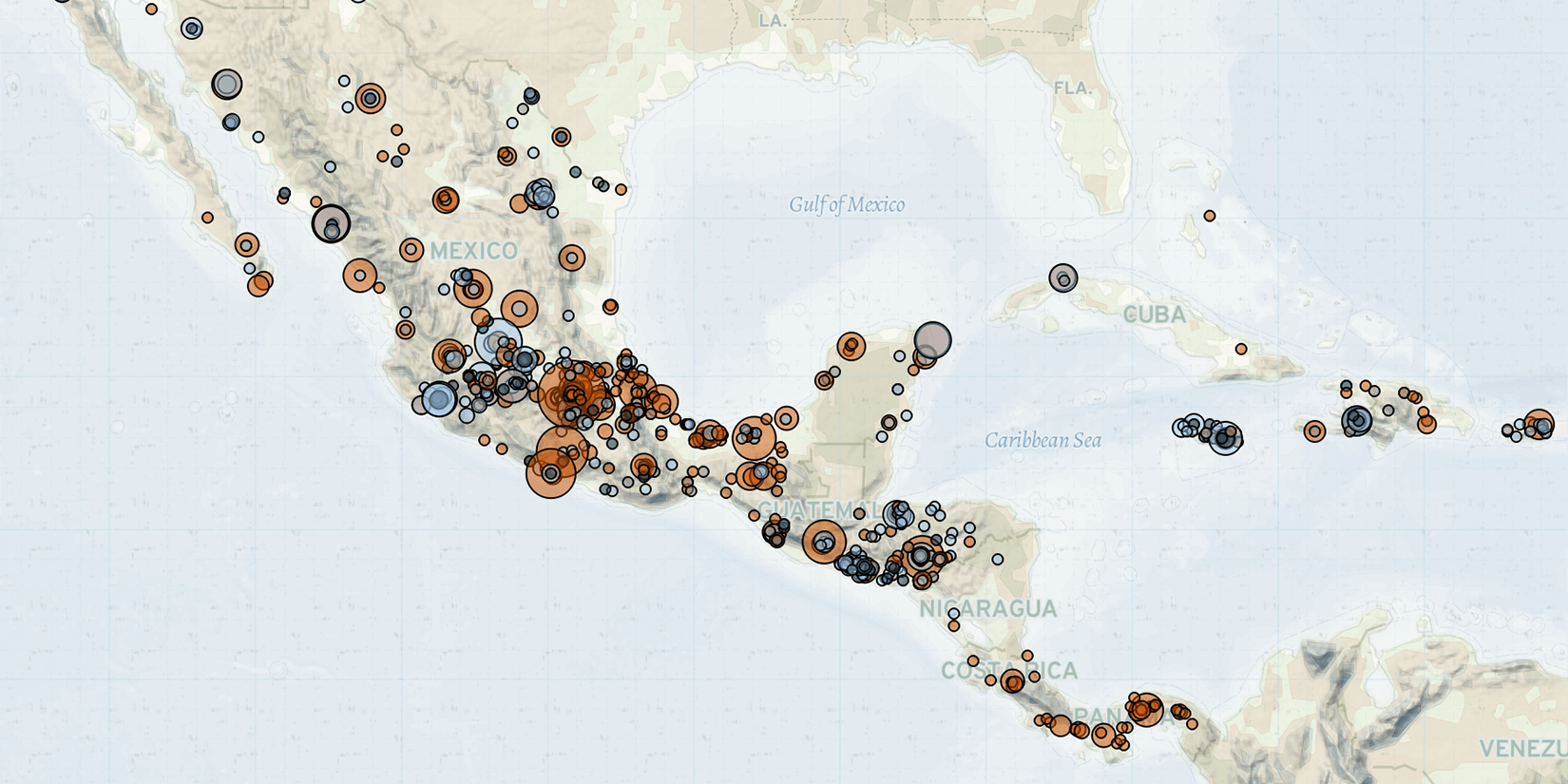 Last week in Mexico, Central America, and the Caribbean, political violence remained high while labor groups held demonstrations in Panama, Honduras, and Guatemala. In Mexico, gang violence intensified amid clashes between the Jalisco New Generation Cartel (CJNG) and state forces in Michoacán state, and gang attacks in Colima state. In El Salvador, attacks on civilians decreased as police forces arrested gang members during security operations to curb gang violence. In Cuba, police beat a journalist amid an ongoing police crackdown on activists and critics of the government. Meanwhile, violence against civilians increased in Puerto Rico last week and remained at heightened levels in Honduras.

In Mexico, clashes between the CJNG and state forces increased last week, centered along the border between Michoacán and Jalisco states. Several days of clashes left 15 dead, including 13 members of the CJNG. Military forces also clashed with members of La Familia Michoacana Cartel in Tuzantla municipality, Michocán. In recent months, authorities have deployed a large number of federal forces to Michoacán state to increase security amid an ongoing conflict between the CJNG and local criminal groups over control of extortions and drug trafficking (Infobae, 2 September 2021). In October 2021, more than 8,000 national guard and military officers were sent to the state as part of the Support Plan for Michoacán to fight criminal groups (El Economista, 10 October 2021).

Elsewhere, in Colima state, violence increased last week compared to the week prior, with gang attacks against civilians resulting in at least 10 dead. These trends contribute to the 132% increase in violence in Colima last month relative to the past year flagged by ACLED’s Subnational Threat Tracker, which first warned of increased violence to come in Colima in the past month. Violence in the state has remained high since February, following the outbreak of conflict between the CJNG and its former ally, the Los Mezcales gang (Infobae, 6 April 2022). While violence in Colima has been common, it has become increasingly volatile, resulting in a shift from a place of ‘consistent risk’ to being considered an area of ‘extreme risk’ by ACLED’s Volatility and Risk Predictability Index.

In El Salvador, attacks against civilians dropped last week following a spike the week prior, after state forces launched security operations across the country and arrested gang members (VOA, 11 April 2022). On 3 April, a man who had early been arrested by police was killed in unknown circumstances and found dead in Sonsonate. According to authorities, around 9,000 gang members have been arrested over the last two weeks, among which experts claim have been cases of arbitrary arrests (France 24, 10 April 2022; Swissinfo, 4 April 2022). Since a state of emergency was declared on 27 March, congress has approved several law reforms including heavier sentences for gang members and a prohibition on media outlets publishing various gang-related messages (BBC, 6 April 2022). Human rights organizations have criticized the measures for eroding due process and restricting freedom of expression in reporting on gang-affected areas (DW, 7 April 2022).

In Cuba, violence targeting journalists and critics of the government continued last week. On 2 April, two intelligence police officers beat and injured the director of the Cuban Institute for Freedom of Expression and the Press in Matanzas after he refused to give information to police about a report he was working on (CPJ, 11 April 2022). In La Habana, prison guards beat an imprisoned member of the Christian Liberation Movement who had been demanding respect for inmates’ rights. Elsewhere, prisoners arrested during the 11 July 2021 anti-government demonstrations protested in Holguin, demanding to be separated from other prison inmates and denouncing abuse by guards and other inmates (CiberCuba, 4 April 2022). Relatives of political prisoners and former prisoners have denounced abuse and torture allegedly carried out by prison guards (El Mundo, 29 March 2022).

In Puerto Rico, unidentified suspects carried out attacks against civilians that left five dead last week, driving the 115% increase in violent events over the past week relative to the weekly average for the past month that is flagged by ACLED’s Conflict Change Map. The majority of these attacks occurred in the capital, San Juan. The increase in violence comes despite ongoing security operations against drug trafficking groups, which authorities claim are the main cause of the violence (El Nuevo Día, 6 April 2022).

In Honduras, violence continued at high levels last week amid extortion-related attacks by gangs. The majority of attacks targeted taxi drivers, who have denounced ongoing threats by gang members attempting to extort payments in exchange for the drivers’ right to work (La Prensa, 22 March 2022). This violence contributed to the 35% increase in violence in Honduras last month relative to the past year flagged by ACLED’s Conflict Change Map, which first warned of increased violence to come in the country in the past month. Amid the worsening violence, public transportation drivers called for a general strike on 7 April, demanding fuel subsidies to counter price increases and government action to stop gang extortions (La Vanguardia, 7 April 2022). Alongside the strike, drivers blocked roads and held demonstrations across 10 of the country’s 18 departments. The roadblocks were lifted on the same day after President Xiomara Castro agreed to engage in dialogue with the drivers (France 24, 7 April 2022).

In Guatemala, demonstration levels increased last week. On 6 April, health workers staged protests in 13 of the country’s 22 departments. Demonstrating workers demanded salary increases and better working conditions, claiming that the salaries of more than 36,000 employees have not been readjusted in the past 20 years (Swissinfo, 6 April 2022). Meanwhile, members of Mayan Indigenous communities, farmers, students, and other civil society groups protested throughout the week in Guatemala City,  Quiché, Chimaltenango, and Alta Verapaz departments against the possible re-election of the incumbent Attorney-general Consuelo Porras. Civil society organizations have accused Porras of unfairly prosecuting judges and lawyers investigating corruption schemes (France 24, 7 April 2022). The US government imposed sanctions against Porras in September 2021 for hindering investigations against corruption (EFE, 6 April 2022).