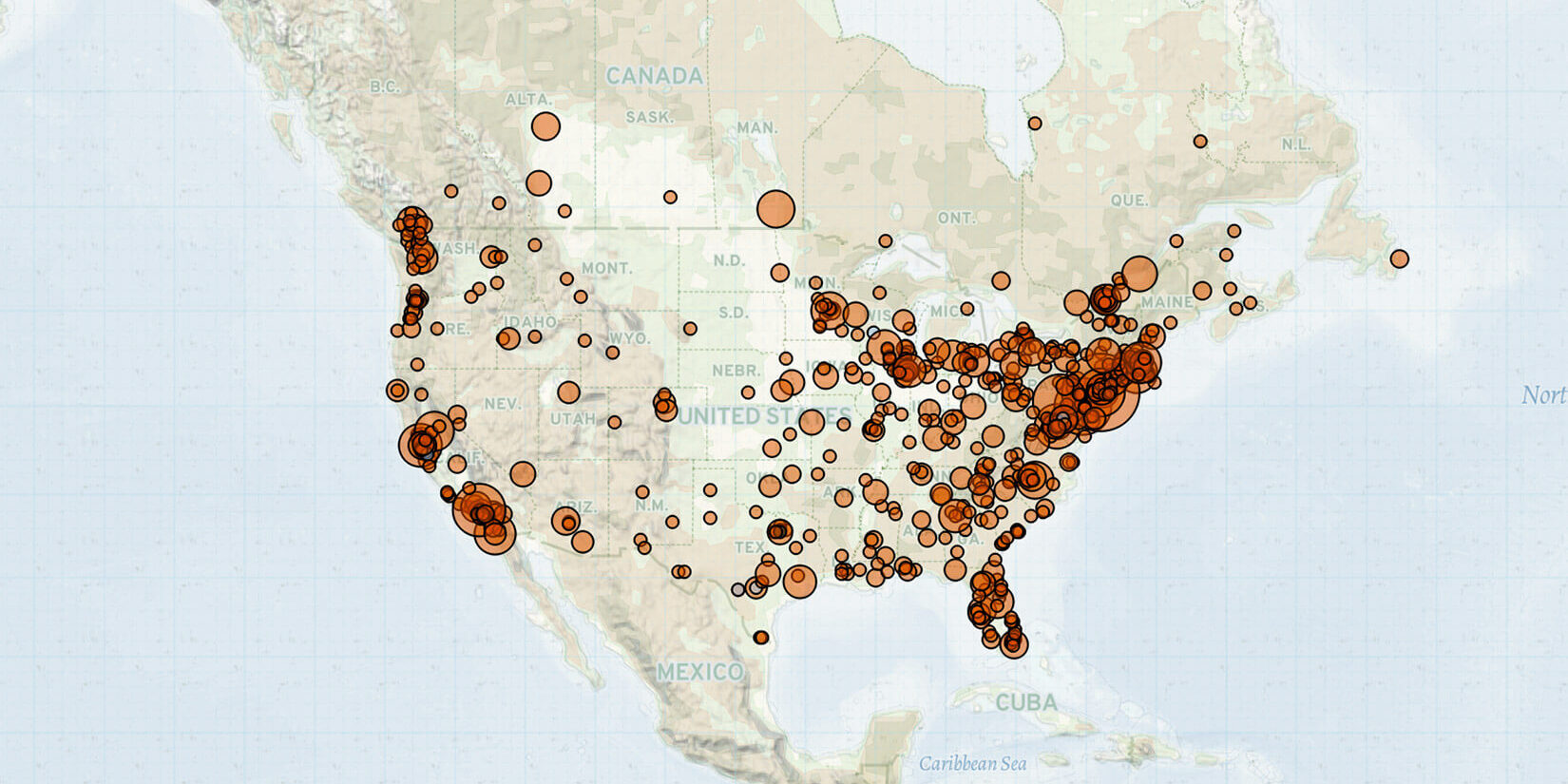 In Canada, demonstration activity by Indigenous groups rose as groups mobilized across seven provinces to commemorate National Indigenous Peoples Day. Among other demands, demonstrators called for reconciliation between the Canadian government and Indigenous communities through the recognition of residential school mass burials and acknowledgment of historic Indigenous territory. Demonstrations by labor groups also continued last week, with the trade union Unifor organizing several protests to call for wage increases for its members.

Environmental demonstrations organized by Extinction Rebellion’s ongoing ‘Save Old Growth’ campaign to preserve old-growth forests continued throughout British Columbia last week. In Vancouver, demonstrators blocked the Lions Gate Bridge on 22 June, leading police to arrest two (CTV News, 22 June 2022). This marks the second consecutive week in which members of this campaign were arrested. Notably, more than half of all environmental demonstrations that occurred in British Columbia last month saw police intervention — a significantly higher rate than that seen in other demonstrations.

Multiple demonstrations in support of abortion access were countered by far-right groups such as the Proud Boys, who were present at two separate 24 June rallies in Nashville, Tennessee and Dallas, Texas (It’s Going Down, 25 June 2022). On the same day, Groypers were reported among counter-demonstrators rallying against abortion access in opposition to a ‘pro-choice’ rally in Phoenix, Arizona. According to the authorities, police deployed tear gas against demonstrators when abortion rights supporters began “banging” against the doors of the state senate (Arizona Central, 24 June 2022). The involvement of far-right groups like the Proud Boys and the Groypers in these events continues an ongoing trend of increased far-right militia and militant social movement engagement in abortion-related demonstrations around the country (for more on key shifts in abortion-related demonstration trends, see this recent ACLED report).

Meanwhile, several outbreaks of violence were also reported during demonstrations last week. In Cedar Rapids, Iowa, a vehicle hit demonstrators and activists that were rallying in support of abortion rights on 24 June. Some witnesses indicate that the driver went “out of his way to hit protesters in the street,” leading to the hospitalization of at least one woman (Huffington Post, 24 June 2022). Iowa is one of many states that put forward new legislation offering protections to drivers that hit protesters following the surge in racial justice protests in the summer of 2020. ‘Anti-protest’ legislation has largely been concentrated in states home to disproportionately higher rates of pro-Black Lives Matter protests, and pro-Black Lives Matter protests are significantly more likely to face car-ramming incidents than other types of demonstrations (for more, see this ACLED fact sheet). Journalists were also targeted in at least two violent demonstrations. One journalist was allegedly assaulted by demonstrators dressed in black bloc in Portland, Oregon on 24 June, while at least six journalists were reportedly assaulted by Los Angeles Police Department officers during a ‘pro-choice’ rally near central Los Angeles, California on the same day.

Additionally, violent events targeting politicians were reported last week. In Providence, Rhode Island, Democratic State Senate candidate Jennifer Rourke was assaulted by her Republican opponent, police officer Jeann Lugo, during a ‘pro-choice’ rally near the State House on 24 June. Lugo was later arrested on assault charges and withdrew from the race (Washington Post, 25 June 2022). This attack comes as violence targeting women in politics is on the rise around the world. In Louisville, Kentucky, an elected official was attacked in downtown Louisville on 18 June. Louisville Mayor Greg Fischer was punched by a man and fell to the ground, leading to minor injuries (CNN, 21 June 2022). The attack comes months after another attack on a politician in Louisville on 14 February, in which a Jewish Democratic mayoral candidate was shot and injured.

In addition to the events noted above, reported far-right militia and militant social movement activity continued last week. On 18 June, members of the Proud Boys were present at a demonstration in support of the Second Amendment in Providence, Rhode Island. On the same day in Berkeley Springs, West Virginia, Proud Boys also participated in a similar rally against coronavirus mandates, in support of the Second Amendment, and in solidarity with former President Donald Trump. The event was organized by the 1776 Restoration Movement, a splinter group of the People’s Convoy, and featured affiliates of organizations such as the far-right MagAmerican group and noted QAnon ‘influencer’ The Truth Seekers 88. The Proud Boys were also present at a 21 June anti-LGBT+ rally outside of a story event that was being held to commemorate LGBT+ Pride Month in Wilmington, North Carolina. Proud Boys entered the library that was hosting the event but were met by police. Accounts of this interaction vary, with the New Hanover County Sheriff’s Office claiming a deputy prevented them from entering the event while other accounts claim the deputy “escorted” them to the event, at which point they verbally harassed the attendees (WWAY, 22 June 2022; Charlotte Observer, 24 June 2022). This continues an ongoing trend of increasingly confrontational anti-LGBT+ mobilization in 2022, especially involving far-right groups (for more on the rise of anti-LGBT+ mobilization, see this ACLED fact sheet).

Openly white supremacist organizations also remained active. Much of this activity was centered around a ‘White Lives Matter Day of Action’ on 18 June. On this date, banners in support of the movement were dropped on highway overpasses in North Carolina and Edwardsville, Illinois, as well as on a fence in Charleston, South Carolina. ‘White Lives Matter’ rallies were also held in Missoula, Montana, and Franklin, Tennessee. The demonstration in Franklin was notable due to its targeting of a Juneteenth festival and the presence of separate armed counter-demonstrators with ballistic vests who claimed to “be a buffer” between the festival and the other demonstrators (News 4 Nashville, 18 June 2022). Elsewhere, in Manchester, New Hampshire, affiliates of the neo-Nazi Nationalist Social Club gathered around 18 June to distribute clothing, food, and toiletries to the homeless. Around 23 June, Patriot Front also held two sparring training events in eastern Massachusetts and north Texas, continuing a trend of increased preparatory mobilization by the group.

Additionally, demonstration events involving armed Black militia groups saw a significant uptick last week, accounting for a third of all demonstrations with these groups reported so far this year. In Brookhaven, Mississippi, the New Black Panther Militia and the Elmer ‘Geronimo’ Pratt Gun Club marched through downtown on 18 June in support of a Black FedEx driver who was shot while delivering packages on 24 January (Twitter @FordFisher, 18 June 2022). Elsewhere in Mississippi, about 100 armed Black self-defense groups held a ‘Gathering of the Great Armies’ rally in Natchez to commemorate the victims of the American Civil War-era Devil’s Punch Bowl concentration camp and in support of the Second Amendment (Twitter @FordFisher, 19 June 2022). In Monroe, Louisiana, armed demonstrators affiliated with several Black groups held a demonstration on 19 June in support of the Second Amendment and to commemorate the victims of the Devil’s Punch Bowl camp (KNOE, 19 June 2022).