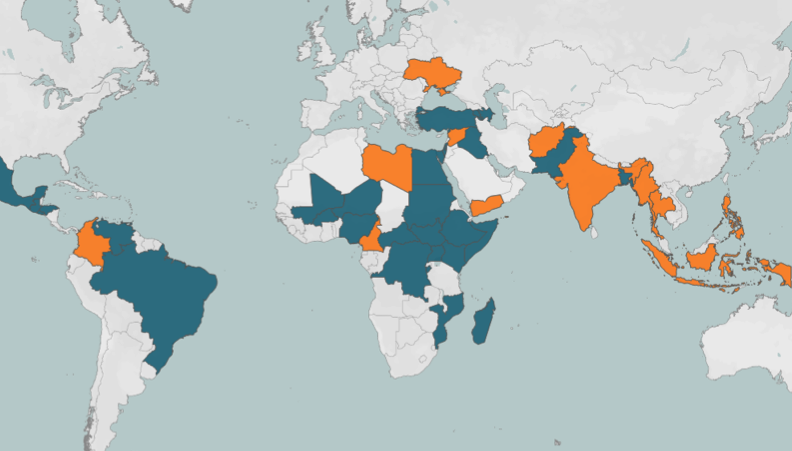 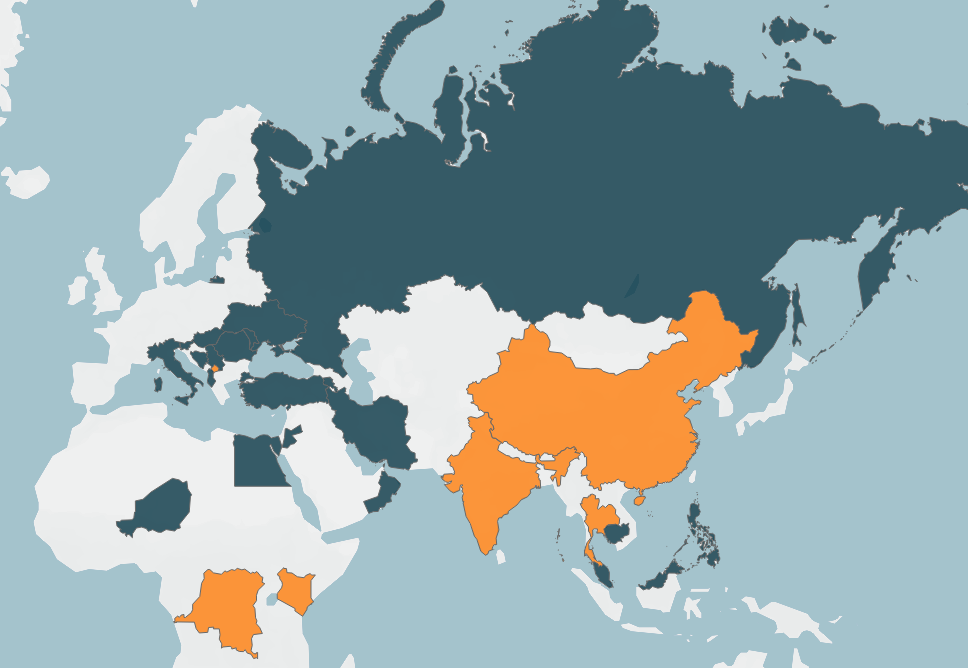 Many states are likely to use the pandemic as a pretext to impose new restrictions on civil liberties and increase repression — including attacks on the media. ACLED Research Director Dr. Roudabeh Kishi maps attacks on journalists covering the coronavirus crisis around the world. This infographic is part of our special CDT Spotlight series. ©… 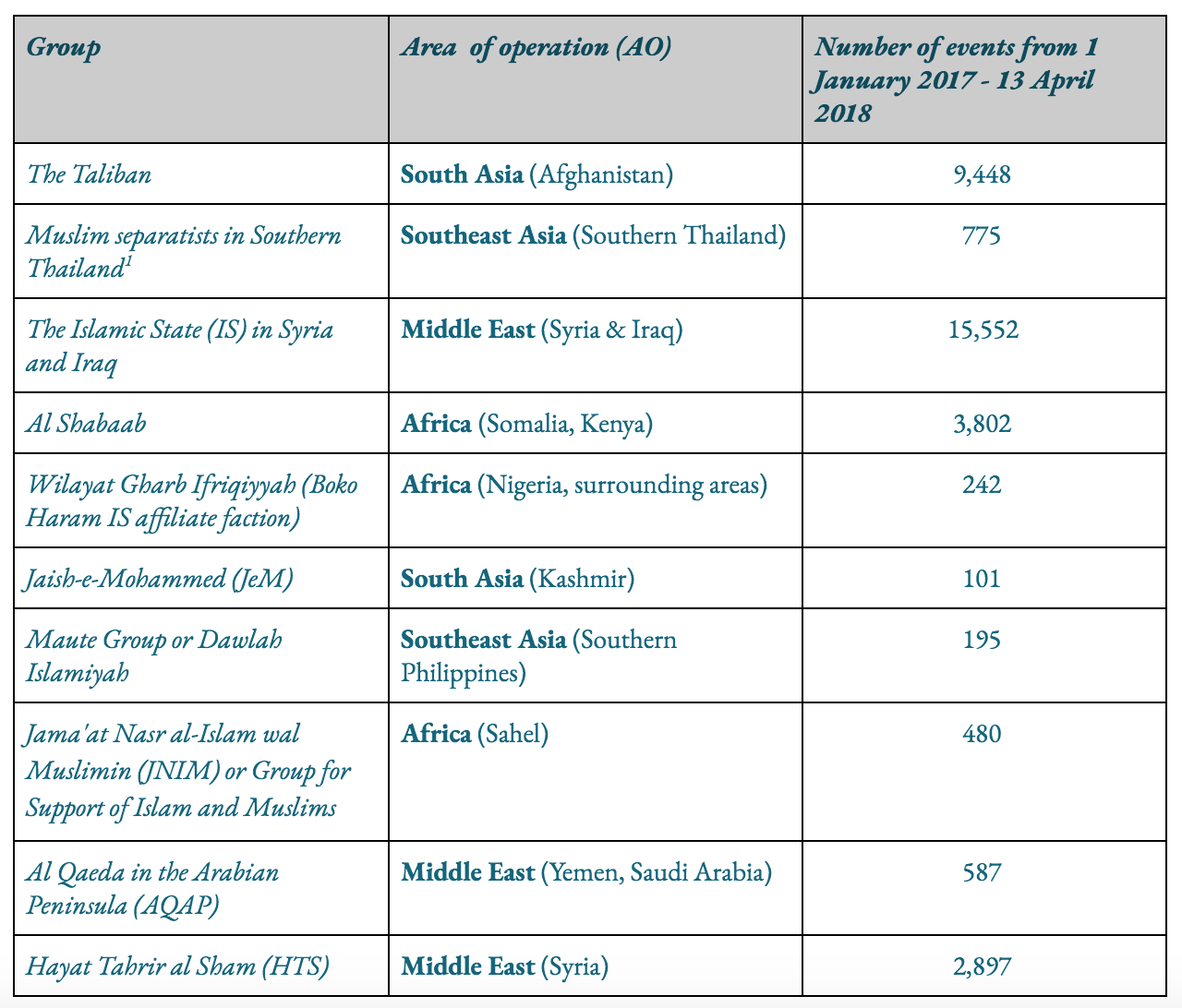 Elections in Thailand: Implications for the Deep South 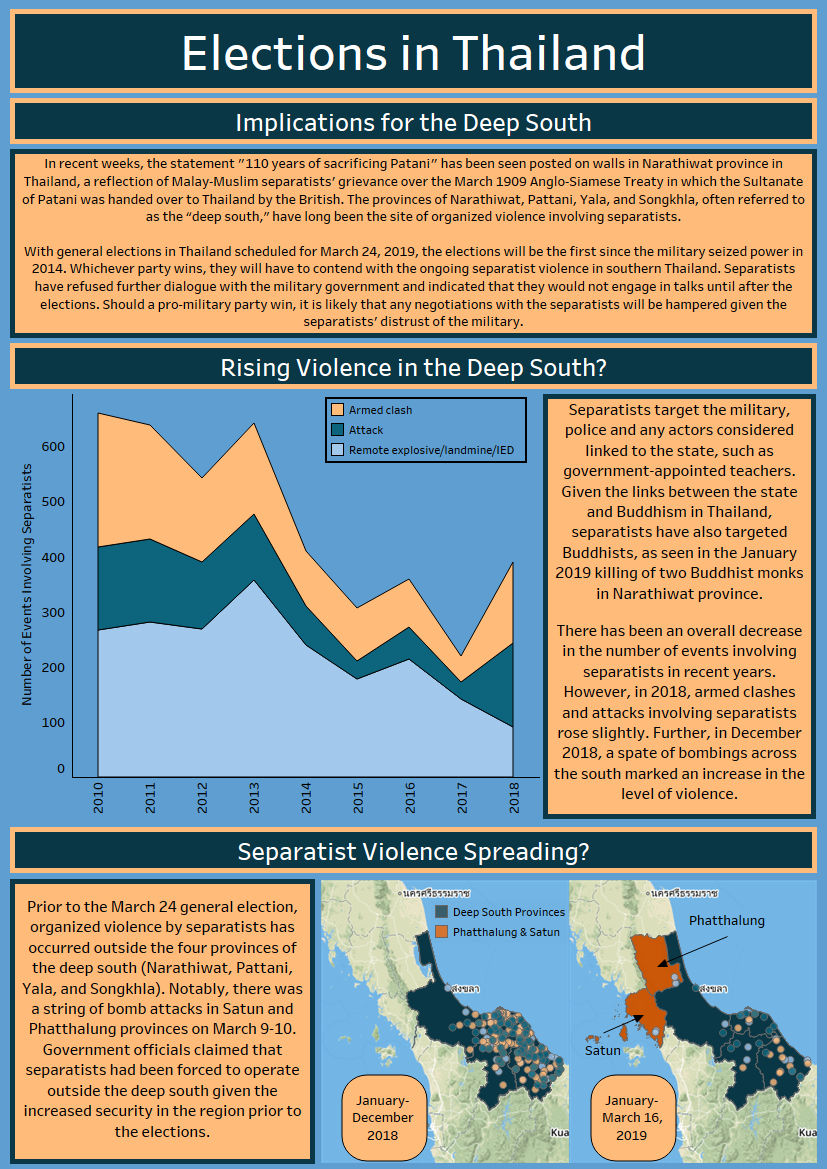 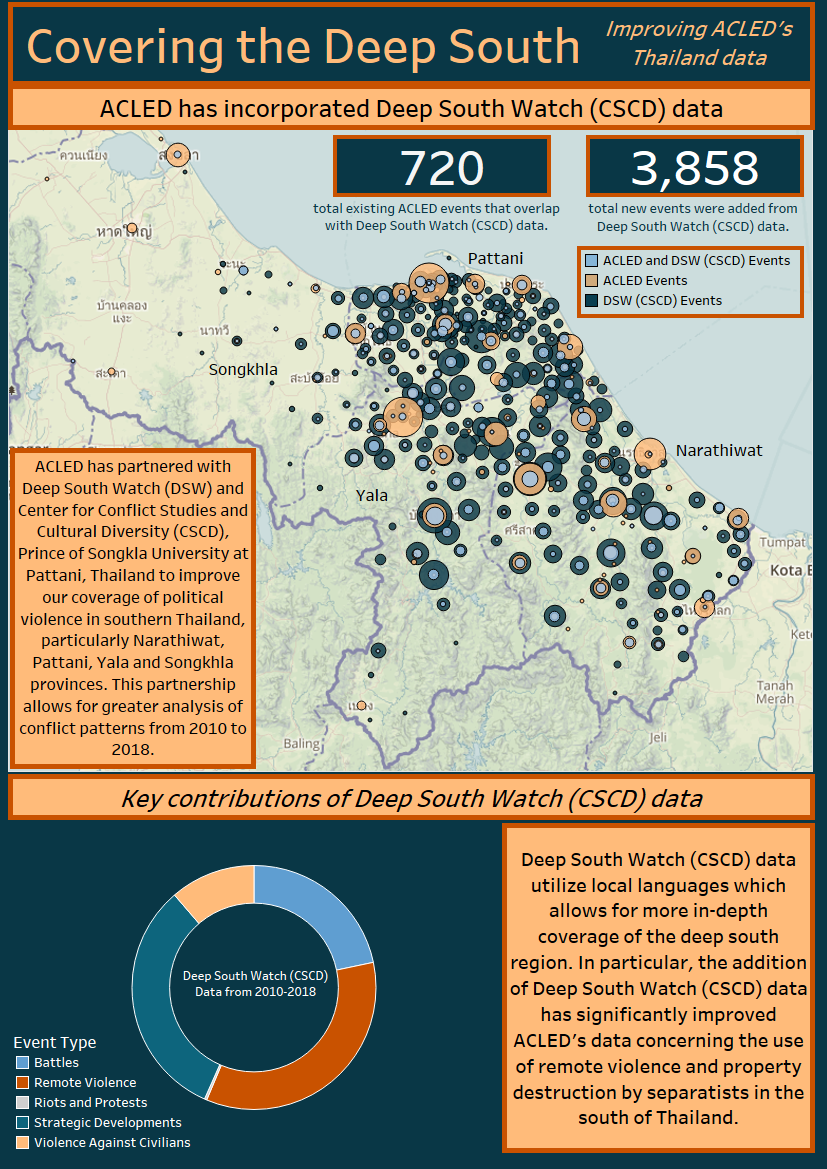 ACLED is pleased to announce the incorporation of data collected by our partner Deep South Watch (DSW) and Center for Conflict Studies and Cultural Diversity (CSCD), Prince of Songkla University at Pattani, Thailand. In this infographic, ACLED Asia Research Manager Elliott Bynum explores the new data and examines how the partnership has improved our coverage…

ACLED’s Thailand dataset contains nearly 3,000 recorded political violence, protest, and other non-violent political events from 2010 through the present. Throughout most of the country, the most common events are riots and protests. In general, the political landscape in Thailand since 2010 can be broken cleanly into two periods: before and after the 2013-2014 crisis,…

Review of Violence in South and Southeast Asia in 2016 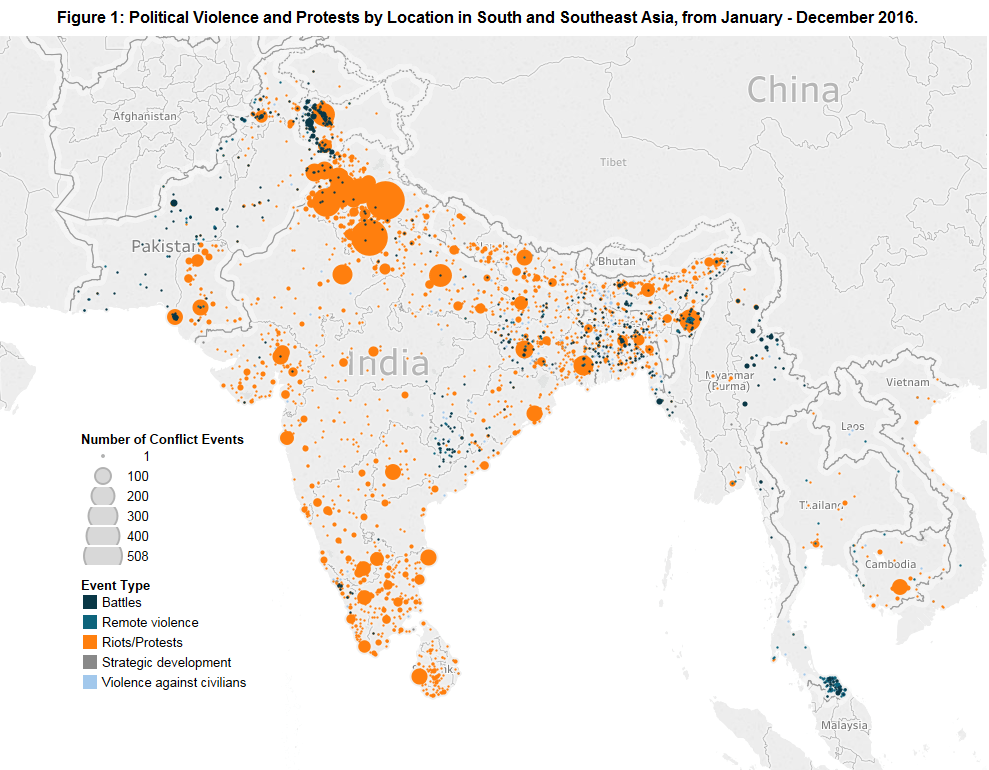 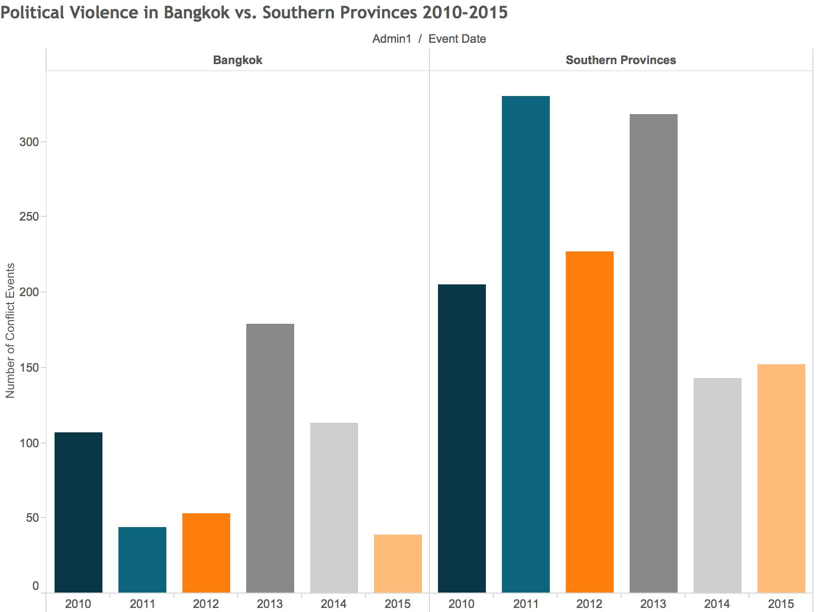 In 2004, Thailand’s Pattani region experienced a noticeable spike in violence, perpetrated by Muslim separatist groups seeking autonomy. Over the past 11 years, this southern border region—encompassing the provinces of Yala, Narathiwat and Pattani— has been engulfed in a lingering unrest. Conflict analysts at Deep South Watch have defined the situation as one… 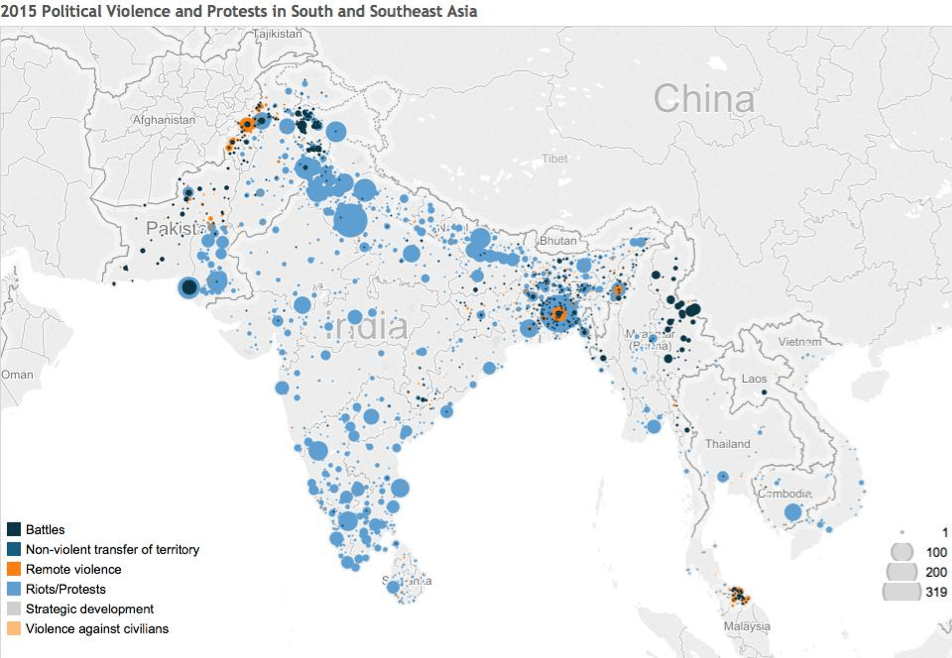 In February 2016 ACLED released the first annual dataset of South and Southeast Asia political violence and protest data. This set covers events in 2015 across ten South and Southeast Asian states. 10,195 political violence and protest events are recorded in 2015. ACLED’s team is also working to record historical data from 2010 in Pakistan, India,…

South and Southeast Asian countries have witnessed 561 violent events targeting civilians in 2015 so far. Over half of these events, 293, cannot be verifiably linked to any specific group. Yet the remaining 268 events can be traced to specific rebel groups and political militias. In Bangladesh, the political rivalry between the Bangladesh National Party…